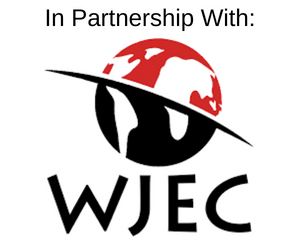 The competition encourages submission of student creative works produced outside the U.S.* that promote global engagement and an appreciation and awareness of world languages and cultures. The competition welcomes entries in any language as long as English subtitles or transcripts (for audio projects) are included.

You are eligible to enter the International Competition if…

For those not eligible to enter the International Competition, please submit your entry to ANOTHER BEA Festival competition.

Works produced outside the U.S.* may be entered in either the International Competition or another BEA Festival Competition, but not both.

Audio Category
The Audio Competition welcomes submissions that showcase audio storytelling skills for radio broadcast or digital audiences across a range of content areas, such as: advertising/promotion, entertainment, instruction, news, sports, etc. Entries typically include, but are not limited to, the following types of submissions:

The Film and Video Competition welcomes submissions that showcase film and video projects across a range of narrative and commercial content areas, such as: advertising/promotion, entertainment, instruction, narrative film, sports, etc. Entries typically include, but are not limited to, the following types of submissions:

Television News Category
The Television News Competition (faculty or student) showcases outstanding video storytelling for television broadcast or digital audiences. Entries typically include, but are not limited to, the following types of submissions:

STUDENT STATUS:
The creative competition is open to students who completed their entry while enrolled full-time at a college or university. Predominant Authorship and Originality: The Festival of Media Arts invites submissions of original creative works in which the entrant maintained predominant authorship over the project’s content and aesthetics (producing, directing, writing, editing, etc.). Entries under the role of executive producer are accepted ONLY if as producer the entrant was significantly involved in the entry’s design and creation.

LEGAL PERMISSIONS:
The entrant agrees that all licenses, copyrights, and permissions have been cleared to ensure that the submission can legally and ethically be presented at the BEA Festival of Media Arts and online at the BEA website. If an entity other than the entrant owns the rights to all or part of the submitted program, the entrant must attach written consent from the owner or an authorized representative of the owner to the entry form.

LANGUAGE:
Global entries not in English should have English subtitles or transcripts for audio submissions.

Please read the Student Competition Rules to verify that your entry meets all eligibility requirements for submission.