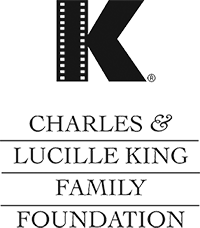 We are pleased to announce plans to showcase the 2020 Best of Festival King Foundation Award Winners.  The celebration kicks-off on June 8th and wraps-up with a virtual event honoring the winners on August 13th.


On Monday, June 8th we will begin releasing “Best of” winner highlight videos by competition.  We will launch weekly videos with new competitions each week, for ten weeks.  Mark your calendar for the LIVE event on Thursday, August 13th at 4 pm ET.  The live event will honor each of our eighteen award winners and introduce the 2021 Festival of Media Arts site.


Please see the schedule below for the weekly release of Best of Festival winner highlight reels.  Click on the title to see the highlight video. Full entries can be viewed on the Festival Homepage.

Melissa Duenas, University of Southern California; How Chamorros in the Diaspora are Taking Back Their Culture (Radio Feature Reporting)